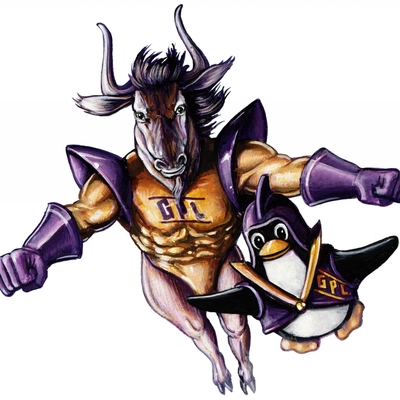 In the early 90s, the GNU Project had put together the whole system, except for the kernel.

The GNU Project had started a kernel, GNU Hurd, but developing it was harder than expected.

Thankfully, they didn't need to wait for the Hurd, because a kernel named Linux was freed in 1992, which fit into the last major gap in the GNU system. However, making them work together was not a trivial job.

Together, the system is named GNU/Linux.

Today, there are many different variants of GNU/Linux. @librebuddys God I am so tired of people making this stupid argument. Calling it GNU/Linux is total, utter nonsense. GNU is as much a part of the average Linux distro these days as is Wayland/X, KDE, systemd and other important pieces. You don't see them arguing to be in the name. Anyone calling it GNU/Linux is completely missing the point and is insulting the hard work that actually happens inside Linux. Stallman is such an arrogant asshat, and his philosophy is unworkable, as is his approach.

Not to be confused with GNU/systemd/X/XFCE/Linux of course.

@urusan @librebuddys Couldn't have put it better myself.