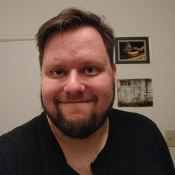 I will be say, its been tough as a Stallman fan. In that up until recent years the public was willing to criticize the man on completely unfair grounds which often served to create noise so that no one had to listen to his points.

Talking about eccentricities instead of his ideas.

I think that made it easy for me to get into the pattern of ignoring everything besides his FLOSS stances.

I should have been questioning his language around sex assault publicly much sooner.

And I remain disappointed in the whole GNU Kind fiasco.