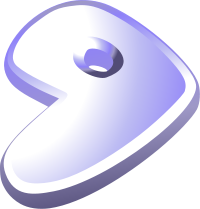 Anyone here use #ClojureScript? I've wanted to play with it for awhile.

@rage I've been using Clojure & ClojureScript a fair few years now; pretty much all my work is in both. Definitely got some oddities, but I quite like it for web development

@jamesnvc I hate JavaScript, but it's everywhere. TypeScript is what I have to use for some professional projects, but I don't love it.

I love the lisp parts of Clojure*, but I don't care for JVM part. As a primarily c developer, I find all the Java ecosystem to be so clunky. I maintain ecl for a few distros, and I also enjoy ulisp for embedded SoCs.

@rage I've come to like the JVM aspect, since it means it runs pretty decently basically everywhere and deployment is trivial, plus tons of libraries/drivers if needed. I definitely try to avoid java stuff as much as I can though, having to deal with it occasionally is definitely one of the less-nice aspects of the language.

For frontend though, I really like Clojurescript; so much nicer than JS and, if using React, is I think the best language for that style of programming.