I was speaking with a family member today about job posting site and one of the sites uses Google and/or Social Sign on. I discouraged the use of it and instead encouraged traditional login method i.e. username/email, I am shocked and depressed to let you guys know that they didn't care, I told them that Google login supported by the site explicitly requested full account access which is a big no from me. To which their reply was I use it all the time and it's safe, everyone uses it. (1/2)

After hearing that I died for a moment, I felt very anxious, and disappointed by the current state of our world. We are very connected and are being exploited as we speak even know it or not.
People give up their minds and become slaves by feeding off of constant exploitative marketing and business practices.

Quick Story time:
I was one of the few people who (at the age of 14/15) had access to Facebook and have the first hand experience of being hooked by the algo and exploited.)

Today was one of the best and worst day in my life.
Best because it opened my eyes to the real world state of users(consooomers) and powerlessness of being on the opposing side.
India has one of the biggest userbase for Google, Tiktok, Facebook, Pubg, etc.

I have no more words to describe my apathy. 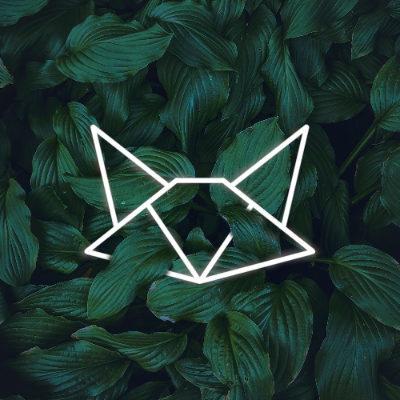 @null0x0 It is truly sad. My parents just don't seem to understand, and get this—my dad works in tech!

Slightly unrelated (& political): they insist on using Aarogya Setu despite me having explained to why mass surveillance is bad and the government forcing something on you is most definitely nefarious. Ugh.

@icyphox
Yeah! It's a battle that can't be won because the decision is already made one side.

@null0x0 This is why I've reached the point where what I care about is supporting the people who want to help themselves. If that's just our tiny little corner of the digital world, so be it.

We can reach out and help one another, be ready with open arms for those who come also looking for freedom, and focus on building & strengthening the alternatives so there's always a choice.

We are not powerless, because even the tiniest alternative to exploitative tech helps make people more free.

@freedcreative @null0x0 my level of hope for a wider adoption of a more sensible social web is like a yo-yo these days.
One day I see all the amazing copyleft, decentralised solutions inhabited by wonderful diverse caring folks, and can’t think of a different future than seeing people switching slowly but surely.
The next day I see how pervasive the corporate centralised web is and how apathetic people are to trying something different even in the face of huge scandals.

@freedcreative @null0x0 today, I saw that the events programmed at my uni for National Reconciliation Week are all hosted on the classic corporate centralised platforms.
Of 13 events:
- 11 on Instagram/Facebook
- 1 on Twitter
- 1 on Zoom

@stragu It's beyond me too. I can't understand why people aren't flocking to alternatives in droves due to the repeated abuse revelations.

I wonder if the irony of hosting National Reconciliation Week events on digitally colonialist platforms is evident to anyone involved in organising them.

@freedcreative @stragu imo this happens because the baseline of "acceptance" shifted so far sideways people just take those revelations as something absolutely normal in today's world.

@sigrid @stragu I agree, it's the whole "boiling the frog" thing.

I do think the easier it gets to access alternatives the more it's going to help too though. Things like the increasing number of devices pre-loaded with privacy respecting operating systems, fedi apps providing imports from mainstream platforms, libre software becoming more and more viable options for professional work.

It does keep getting better and better, which I think will help make jumping over easier for people.

Someday in the future people will have to make a strong choice i.e. accepting an alternative which works for their freedoms and respects them instead of sucking off of them like leech.
Freedom vs Convience, Neutral Timeline vs Algorithm, etc etc.

Paul Sutton   @zleap@social.isurf.ca
@freedcreative @stragu Apparently services such as mastodon, / fediverse are 'esoteric'. so only understood by a few.

Paul Sutton   @zleap@social.isurf.ca
@null0x0 @freedcreative @stragu I get the same thing here in the UK. Events are on the above for example.

I have an account with big blue button so can use that for meetings, it's open source, and has some pretty cool features.

@stragu @freedcreative @null0x0 People did switch to Zoom for privacy, but their trust was abused. This is a pattern that exacerbates the apathy you describe.

They put faith in the wrong company. While agree with your point to some extent the businesses you support should be ethical and transparent in operation, Marketing and sales.

@stragu @freedcreative
Same! The more I immerse myself into this more bipolar I become!

Maybe I lack maturity to comprehend stupidity and ignorance but the pain is real, deep and often there seems to be no other way but to vent.

@freedcreative
Yes! I agree, it's easy to give up now than to start it all again! I took a small break and I am feeling better.

@null0x0 Lo siento I feel it. I really do.
I bristle every time I even hear people - human persons - being referred to as mere 'consumers'. How insulting and degrading! Mere untermenschen for the corporate machine!
Or 'Human resources'. That's another good one. As if we're a mineral or a crop to be mined or farmed.
But please, don't succumb to apathy. It's not all on your shoulders.
You don't need to win the war on your own. Just choose a few battles. Those you can win and make good at.
Peace.

@gemlog
I agree! I shouldn't get ahead of myself here! I do t wage war but seek understanding, want to vent because I see nowhere else to go and scream by displeasure.

@null0x0 I'm from India and i know how bad it is. It's very hard to convince people about how much having " data privacy" matters. It might also be because we have worse problems to deal with. But this tradeoff with privacy is not worth.

The more private you go, the less convenient your life becomes. And it's the "less convenient" life is what people are reluctant to have.

@l3g0b0y
Your last sentence sums up the issue very well. We have major economic and educational issues which exacerbate this issue greatly. See Tiktok or Asstagram(IG) etc..

Given the BBC report, on the amount of Grooming and child abuse is on facebook, whatspp and instagram, I wonder if you could use the argument that by using facebook you endorse the network as a child abuse appeasing network.

Not quite on the same scale as this. The NAZIs conducted horrific and other science experiments on people, (inc hypothermia experiments) while the results / conclusions from the latter would save lives, we are never going to use the results due to how the science / data was obtained for moral and ethical reasons (to name two).

So by using facebook are people endorsing child abuse.

People feel more strongly about child abuse than they do about privacy, start the conversation/

There was an episode of ST voyager where lt Torress has an alien attached to her, to help the Dr creates a hologram of a cardassian doctor, who is an expert and could help, only he himself conducted experiments on people, leaving the doc with a dilemma does he allow this cardassian and research to help and risk Torres dying or work alone.

@zleap @l3g0b0y
This might work but you need empathy in consoomers which is not very common here(at least where I live).

People praise the rich and shun the poor here even though it's hypocritical.

It sums up to better quality of education and economic empowerment which means better decision making is possible.

(1/2)
Social Media works in the reward mechanism by design. People are addicted to social media is because it rewards them for showing the best of their lives. So they are always chasing what best they could do next.

I had been the victim of this system myself and it took me a very long time and a lot of research and reading to get out of this architecture of oppression.

People should be open to understand (most of them here are not) why this could get bad and how it's slowly eating up our social fabric. On the contrary, it's just beating around the bush in the end.

@l3g0b0y @zleap
Yeah! I agree they let their bias blind them from what's right.

@l3g0b0y @zleap yeah! You are against people who know the psychology of addiction very well and are open to use manipulation as a mean to get what they want.
That is DAU(Daily Active Users), Consoomer mentality and Engagement addicts.