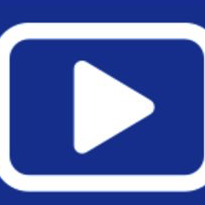 Mappō Gijinka   @lain@lain.com
i'm pretty sure we won't take over the world with free software by arguing that you are an idiot for using proprietary software that works well.
1+
Apr 07, 2020, 17:07

Come check out the new livechat for livestreaming: https://newtube.app/live/anthony

Who wants to try out livestreaming on https://newtube.app ?

2 stars away from 1.7k on https://github.com/mayeaux/nodetube !

@brandon Yeah I like the specificity, I would prefer to know that it was mastodon.social instead of just 'Mastodon' for example. Also for example with NodeTube I wouldn't expect someone to have 'NodeTube' in their footer if their instance was named something else, so I like the convention. Thanks for the suggestion though!

@brandon I'll consider it, honestly I find it more accurate to call it 'Fosstodon' because you could really have anything that is powered by Mastodon but it wouldn't be that accurate to call it just vanilla 'Mastodon'. That's my take atm but thanks for the input.

If you're curious you can read my answers to questions here: https://www.reddit.com/r/selfhosted/comments/f3luus/im_the_developer_of_nodetube_a_foss_youtube/

@mewmew @daisuke Still moving in that direction, I was discussing it with the developer of Funkwhale today on the NodeTube Riot.im server you may find our conversation interesting: https://newtube.app/riot

@daisuke @mewmew gotta try a nodetube instance! I'm about to put up some tutorial vids that would be a good time for sure

Over 100 new stars in the last 24hours : https://github.com/mayeaux/nodetube

NewTube (my NodeTube instance) is going to end up being a SFW content only instance, but for an instance with solid free speech protections check out https://nullvideo.com

Thinking about renaming the NodeTube project to NewTube. NodeTube just doesn't roll off the tongue very easily. The new instance is called NewTube (https://newtube.app) but I think the whole project may be renamed to that. 🤔

@Pedaiah @mewmew NodeTube already has built in YouTube backup and also YouTube mirror functionality. Also I'm planning to implement a CLI to allow for mass uploads, it'd be pretty easy to do as well in case anyone wants to submit a PR for it.