Hell really is other people

I now realise that the poll is not visible on mobile

Anyone know of any movement regarding miracast/widi (#screencasting in general) on Linux these days?

Are most of these developments waiting on #pipewire?

(I am aware that chromecast works through chrome) Thanks @LinusTech@twitter.com! This is such a big improvement over last time. Great to see Linux gaming represented truly as it is today, especially with a cheaky shoutout to @feralgames@twitter.com' hard work to boot https://youtu.be/Co6FePZoNgE

Even though its planned power works and we've moved everything to the DR site, a dark and silent server room is still a scary sight to behold

Overwatch has been my guilty pleasure lately - its easy just to jump in blow some stuff up and then get on with other stuff. Plus the number of moves and strategies you can take on is immense. Shame it's not native but it runs so well in wine with #DXVK

plus this just before https://mattmcnutt.net/index.php/s/bPb89MScZL7TPMS

@protonvpn any chance of adding plus servers that are Netflix capable to the UK? 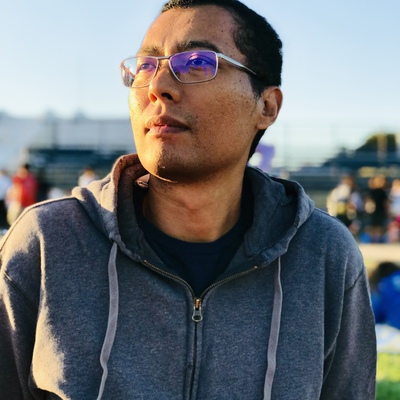 Just joined! Glad to be part of this!

I discovered Mastodon after reading about the "Re-decentralizing the Internet" movement. It hit me right on the nose. Being a developer who's worked in media and ad tech, and someone with kids, I'm concerned about the direction we seem to be moving in. Joining this community is my first small step towards decentralization of my "personal infrastructure" and taking back ownership of our data and privacy.

Had a lot of potential, Sony and Disney both would have benefited if it were an MCU film. Should have tried harder to make a deal.

Finally LineageOS'd my Oneplus 6 - how good is @fdroidorg as a system app!

@jrswab
We consider AMP an attempt by Google to take control over the web. Now they want to control your inbox too. Email is not an app platform or ad platform, it is a communication medium. We have no plans currently to support this and it means that you will receive just normal emails as usual. The best way to stop email from being colonized by Google is to use privacy-conscious alternatives and tell others to do the same. 😉

Tried a local equivalent of the #impossiblepatty (they called in the Beyond Burger) a plant based mince meat replacement. Wow these things have come a long way since the meat replacements like Soy Sausages.

If you served the burger to someone they might not notice, unless they were a foodie or something. Would I pay the surcharge everytime I want a burger? No. But if meat production disappeared for whatever reason(environment etc), I think this could be the answer.

@fdroidorg is there a way to export a list of my installed fdroid apps and then import on a new or recently wiped device?

Last night one of my dogs (she's a 3 legged English Staffy) managed to hook her front leg in my headphone cable and pull my Desktop PC off the desk onto the floor!

Very lucky, the only damage is a slight crack on the little coloured circle that signifies the speaker output on the audio jacks on the motherboard... oh and my 3.5mm to 6.3mm converter will never play music again