It uses an intuitive system of shades to help you select colours which meet the appropriate WCAG contrast rating, even if you're mixing and matching base colours: extra notes on color contrast: don't use WCAG, use APCA

@chriswood while I absolutely love this, I want to point out to the folks who may not know that WCAG's simple contrast algorithm is actually not necessarily the best tool for determining what colour combinations are best, for a couple reasons:

it doesn't distinguish between foreground and background colours, when this actually makes a big difference
it doesn't make that big an effort to distinguish between what contrasts are appropriate for what situations, beyond the vague idea of "large text"
it isn't really as friendly since it's not perceptually uniform, meaning that a contrast of 4.5 seems like half 7, but there's actually a big difference

right now there's a big project to create a separate system that does fix these problems and it also works as a percentage rather than a weird number between 1 and 21: https://github.com/Myndex/SAPC-APCA

in case anyone else also finds this helpful! 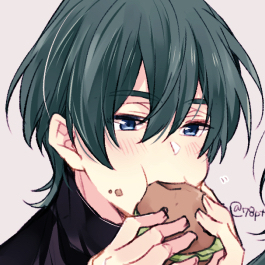 extra notes on color contrast: don't use WCAG, use APCA