I make computer things in Toronto, mostly in Clojure, dabble in Prolog. I compete in powerlifting, strongman, and Highland Games How are you? 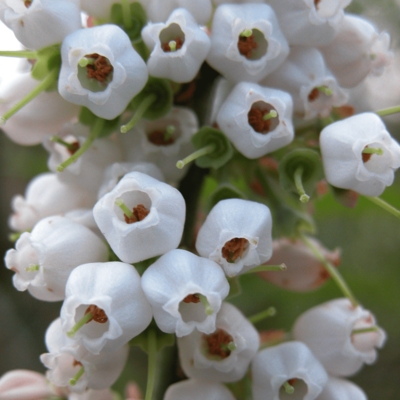 I’m fine with him being on Fosstodon, I’d just like him to apologize and promise to do better

A nice counter-point to something I wrote being unexpectedly posted to HN a couple weeks ago -- yesterday I just realized that Protesilaos references me & links to my blog under the "Other People" section of his dotemacs[1].

Not only that, but he mentions he appreciates my "commentary of a political sort"!

Oh god, something I wrote just wound up on Hacker News. I got two very nice emails from it, but I am desperately resisting reading the comments -- a quick glance showed 99 comments thus far and it seems unlikely that they're going to make me happier

This is terrific article on why cryptocurrencies are a fraud. It brought up and explained all my doubts, concerns, and questions regarding crypto.

I think I will be producing a video on this topic soon. 👀

The subliminal messaging is starting to get more blatant

Really enjoying the “Age of Napoleon” podcast. Not only interesting history, but it does a good job of explaining historiographical controversies, the broader context of events and the human costs of it all. Highly recommended!

I miss writing Prolog -- been too busy with work for my side projects -- so I've been trying the "advent of code" for the first time. Having fun, but I feel like using Prolog is cheating, it's just too good for this sort of thing 😆

“They have an algorithm that senses your pain points, your sweet spots,” Schüll told me. “The zone is a term that I kept hearing over and over again as I went to gamblers’ anonymous meetings and spoke to gambling addicts. This really describes a state of flow where time, space, monetary value and other people fall away. You might say a state of flow, or the zone, sounds very different from the thrills and suspense of gambling. But what the casinos have hit upon is that [they] actually make more money when [they] design a flow space into these machines. People don’t even know that they’re losing. They just sit there. Again, it’s time on machines.”

“When you look at contemporary slot machines, they don’t operate on volatility,” she continued. “One designer of the mathematics and algorithm of these games said we want an algorithm that makes you feel like you are reclining on a couch. The curves, architecture and the softly pixelated lights, they want you to sit back and go with the flow. I just couldn’t make sense of that for the longest time in my research. Gamblers would say, ‘It’s so weird, but sometimes when I win a big jackpot I feel angry and frustrated.’ What they’re playing for is not to win, but to stay in the zone. Winning disrupts that because suddenly the machine is frozen, it’s not letting you keep going. What are you going to do with that winning anyway? You’re just going to feed it back into the machines. This is more about mood modulation. Affect modulation. Using technologies to dampen anxieties and exit the world. We don’t just see it in Las Vegas. We see it in the subways every morning. The rise of all of these screen-based technologies and the little games that we’ve all become so absorbed in. What gamblers articulate is a desire to really lose a sense of self. They lose time, space, money value, and a sense of being in the world. What is that about? What does that say? How do we diagnose that?”“It’s the flip side to the incredible pressure, which is experienced as a burden, to self-manage, to make choices, to always be maximizing as you’re living life in this entrepreneurial mode,” she said. “We talk about this as the subjective side of the neoliberal agenda, where pressure is put on individuals to regulate themselves. In this case, they are regulating themselves, but they are regulating themselves away from that. This really is a mode of escape. It’s not action gambling. This is escape gambling. You can see it on their faces. The consequences and ethics are distasteful. It’s predatory. It’s predation on a type of escape where people are driven to exit the world. They’re not trying to win. The casinos are trying to win. They are trying to make revenue. They’re kind of in a partnership with the gamblers, but it’s a very asymmetrical partnership. The gamblers don’t want to win. They want to just keep going. Some people have likened gamblers to factory workers who are alienated by the machine. I don’t see it that way. This is more about machines designed to synchronize with what you want—in this case escape—and [to] profit from that.”

Chris Hedges, “A Nation of the Walking Dead”

There are a bunch of posters on my street asking people to sign a petition to "finally be rid of the demon Chinese Communist Party". Regardless of your feelings on the CCP, I am baffled by the notion that getting random Canadians to sign a petition is going to overthrow the government of another country.

Of all the weird code I've written, I think the thing I'm the proudest of is the HTTP/2 client I wrote in Prolog [1]. A ridiculous undertaking, for a very silly reason, but it worked & runs in prod.
I also like that I managed to write the main DCGs so only one clause is needed for both parsing & generating; prolog is so cool

I think if I could just have an Emacs that never lagged or dropped keystrokes, I wouldn't need any more computer. Don't need fancy graphics cards or a billion CPU cores, I just want to be able to type at full speed, with all my Emacs goodies, without having to wait for input to catch up :/

This is the single greatest triumph of technology over itself, boost if you agree.

My home gym/home office. Fortunately for me, I've been doing the working & lifting from home thing for years, so the quarantine was mostly business as usual for me.

Writing some stuff in XCB and having a surprising amount of fun doing so. Not much in the way of docs other than the X specifications, but I'm making do...

Finally went ahead and moved my account from .social to a proper instance. I felt Fosstodon was appropriate, given I've been trying to do more Emacs + org-mode contributions in my free time.

I set up the redirect from my old account, but got an error message when trying to "move" it...maybe I'll try again in the morning :/

I make computer things in Toronto, mostly in Clojure, dabble in Prolog. I compete in powerlifting, strongman, and Highland Games How are you?