And to make my life even more betterer, the first bottle of the latest batch of homebrew is pretty damn good!

And I got to travel on trains again! Wow, I have missed train travel.

I have just had the best week in a very long time. I went back to pre-pandemic work for the first time since 17th March last year.

It is was wonderful. Truly wonderful. I was working with my good friends, whom I've sorely missed, doing the job I love!

we're at a point where we've all but eliminated public resources for sharing music education en masse with our children through the public schools. sports and STEM absorb all possible funds.

fewer and fewer kids walk around with instrument cases. more and more earbuds though.

#askfosstodon
Is there a way to make micro$oft lync work on linux?

Presently running win10 in a VM to use it, but there must be an easier way...

as we talk about the morality of vaccine patents

jonas salk did not patent the polio vaccine. he went out of his way to make sure it was not patented.

he never got rich. he actively made sure he didn't get rich off of it.

but that history is full of stories about how for the rest of his life, jonas salk did not have to ever pay for a beer in any bar in this country. he would get on airplanes and once somebody recognized his name, the entire damn plane would stand up and clap for him. he constantly had hotel rooms comped, meals for free at restaurants, thus and so.

because he was surrounded by people who knew he had saved their children from having to ever consider the fear of an iron lung, and were overwhelmingly grateful for it.

he was always modest and demure when recognized thusly. but i think that when people start saying "well why else would someone make a vaccine, if not to get paid for it and hold the patent", i think it is good to remember these stories. the world did not punish jonas salk for not patenting the polio vaccine. the world loved him for it. maybe not in the structures that billionaires are most used to. but they did love him for it, in small ways, in humble ways, on the individual level. 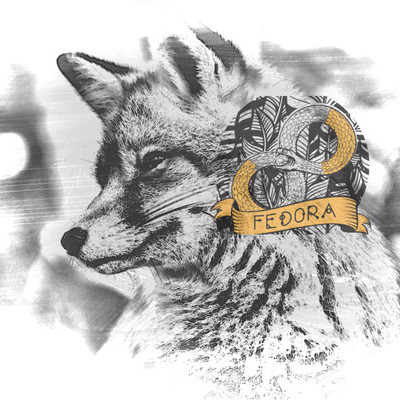 @unfa from a financial perspective, unless you are into some kind of pump & dump schema, crypto currencies are a really bad investment. They only keep their value as long as the demand is high enough. They loose their entire value immediately, when you loose your private key. While you can't use them for anything else than exchanging them for "real money" or other crypto currencies.

All in all, I would go for gold. If it looses its value you can at least make a spoon from it.

I'm writing a wee bash script for my friends at work to use to diagnose their network stuff.
Currently upgrading the user prompts to super-sarcastic.

Went with Baahubali: The Beginning and thoroughly enjoyed it! Which is surprising as it was only on my watchlist because I saw a clip of a crazy battle (from the sequel) somewhere on the internerds.

I now do need to watch the sequel as I need to know what the hell happens next, and to see the battle in question...

(I don't need to watch Blazing Saddles. It is imprinted on my soul)

I haven't seen anyone link to this on the Fediverse, but this open source, experimental, and tiny tools roundup is 🌟

"The goal of this list is to enable making entirely outside of closed production ecosystems or walled software gardens."

Film night. Which should I watch..?

I use an a laptop with an AMD CPU and GPU - this means it has two graphics processors. I run Manajro Linux, and I think I may not be using the dedicated GPU.
I wouldn't mind running on the dedicated GPU only - I need to do screen capture and video editing on it, so performance is much more important than power draw (I rarely need to use it on battery).
I've found this:
https://wiki.archlinux.org/index.php/PRIME
Does anyone have any experience with this stuff?

Fully intended to sit down and figure out how I'm going to implement borgbackup on my #raspi #offsitebackup.
However, it appears that the rest of mind disagrees. Currently web-surfing aimlessly whilst listening to The Downward Spiral.
Oh well, better luck tomorrow?
#nin [tj] - all conversation is terrifying @tj@altelectron.org.uk
Finally have a solution to the r-out-er/rooter pronounciation debate. We split the difference with "rahooter".

Latest project: assembling an off-site backup. Utilising a #raspberrypi, 3g dongle, USB HDD, luks and rsync.
Once I get it working in the garage, I'll post it to my sister who lives far far away, and nowhere near a cemetery.
Any tips? Pitfalls to avoid?

Crap day at work in the Warehouse Of Despair has been cancelled out by bath, wine and chocolate.
Time for a cuppa methinks...