Unrest in the Digestitariat as protests mount against the Braingeoisie's decision earlier today to eat an entire pepperoni sausage.

Sometimes you just gotta put your foot down.

Shout outs to the Internet Archive, the closest thing I can think of to truly bringing the library into the modern era.

Should libraries run search engines? It seems that the original point of a library was to organize human knowledge and culture for the public benefit. The benefit has been great, but libraries aren't the main tool for finding information now. Search engines are. The notion that a library needs to be for books only is an arbitrary limitation. This oversight allowed corporations to move into that traditionally non-profit role, and I'm not convinced they've done a particularly good job.

It's amusing to think of AC, Heatpumps, and Refrigerators as a dumb glitch in reality's physics engine that has been completely commodified. You can buy physics-defiance-in-a-box. Get fecked, thermodynamics.

It's concerning learning that apparently not only has Unity Technologies— creators of the similarly named Game Engine— never made money, but they lose roughly 300 Million each year. A large chunk of the game dev industry, particularly indies, has hitched themselves and their back catalogues to a closed tech that chews through investor money, and it can't last forever. At some point, the deal will change, and it could have a lot of impact on those devs. A potential ticking bomb really.

Sometimes the most simple programs can bring the most joy. My son and I had so much fun trying to follow the computer's instructions that we couldn't stop laughing

I continue my adventures in trying to write a low(ish) memory wiki server, and I end up using Python of all things? I also make the case for SQLite as web-server backend. As well as talk about the surprising conflict between security and low resource usage. https://mosfetarium.com/blog/mosiki-early-tech-choices/

"Their Bionic Eyes Are Now Obsolete and Unsupported." A cautionary tale.

More than 350 blind ppl around the world have Second Sight’s implants in their eyes, after the company files for bankruptcy they find themselves in a world in which the technology that transformed their lives is just another obsolete gadget. One technical hiccup and they lose their artificial vision, possibly forever. The gadget also interferes with MRI scans and is expensive/difficult to remove.

It is a common misconception that the noscript html element is for informing people that they need to enable Javascript. In reality it is for ads that target NoScript users.

The modern web standard has definitely ballooned into something kind of insane *but* it does allow for amusing CSS touches on blogposting. Clearly all was worth it.

I felt that instead of whining about software resource usage all the time that I should give myself a challenge to practice writing something in a deliberately resource-mindful way, and hey why not blog about it: https://mosfetarium.com/blog/modest-programming-part1/

An unexpected conflict: I'm playing around with some deliberately low-spec server software programming for fun and mental exercise. We don't try to limit our memory usage enough as a field. One area this sort of bumps up against is meeting state-of-the-art security for passwords. Which are deliberately *not* low-spec in order to be hard to attack. Argon2's "low spec" mode uses 64MB of RAM. Which I think is actually quite a lot, in real information terms.

That means "magnify glass" is just a fancy way to say "embiggen lens". Issue 28 of Indiepocalypse, the indie game anthology I run came out today. It features games from 10 developers, including 1 newly commissioned game.

Not only only is it a great way for you to find new indie devs but the devs also get paid up front and in royalties.

I'd love it if you checked it out!

I was unaware that Memcached, a popular tool to optimize the performance of websites via distributed caching, started life at LiveJournal. You can think of it as a tiny bit of LiveJournal has spread itself throughout a bunch of the internet ecosystem.

It's a neat place to be for a creator. Often it feels like people going on reddit, imgur, or twitter are there in popcorn mode; they're not there to find something new, they're there to turn off. It's certainly how I feel when I use reddit. A huge amount of this with the fediverse will be self-selection. I wonder if it'll stay that way.

Recently @xahteiwi asked people on both twitter and fedi to share their site's RSS feed. It's notable but fairly unsurprising that despite having 15x less followers most responses were from Masto. This lines up with my experience of sharing Dracula Daily; that post blew the hell up. People in the fediverse are far more likely to have a personal website, and use a newsreader. To me it's strong evidence that many people on here are invested in independent web content and wider web culture. 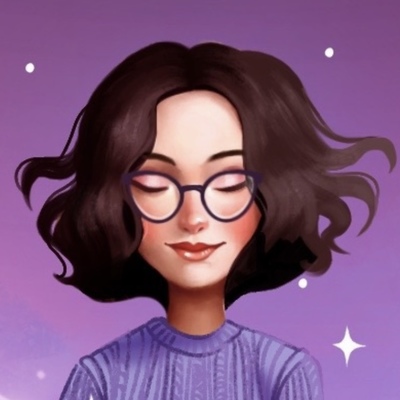 Y'know encountering this made me think about writing an epistolary "RSS original" story and the reaction I'm seeing to this post is telling me "yeah, yeah I guess do that".