So apparently there is a literal mountain of images of anime characters handling the Demon Core, a famous nuclear core that killed several scientists.

It's literally a meme in Japan. I have no idea why, but liking both nuclear physics and many things from Japan, I can't complain.

Apparently whoever started this trend did so with Touhou characters, so that's also a bonus. 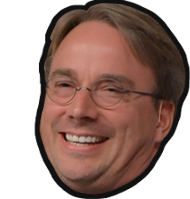 @cirno if its famous in japan, maybe its a kind of revenge thinking