@kai ahh, I was feeling like the mood of these new users was rather positive

@brandon Twitter banned a popular lawyer from the courts in India for posting a good anti-nazi photo from the war era and twitter banned him for some bizarre reason. Then did it again over a poem.
So... he led the way to masto.
I don't really know if the influx is large or a small spike. 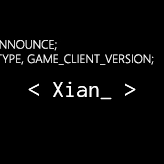 @gemlog @brandon i hope more people migrate, idk why you would want twitter over a mastodon instance tbh