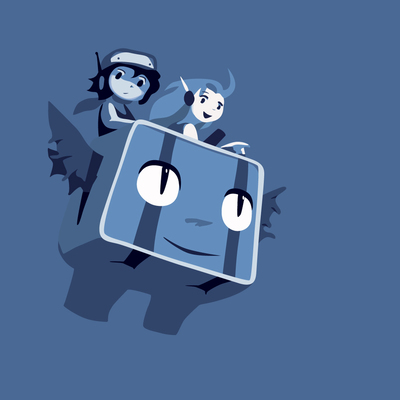 Of course I run
Arch

It's so discouraging how prevalent it is for Americans to both believe this country stands out as a uniquely free one and that this requires jailing more people than any nation in the history of the world. At the same goddamn time.

We're on Mastodon! A big thanks to Fosstodon for the help! We'll be posting updates and news about LibreOffice, along with tips and tricks for using the software.

We're looking for a Browser Developer to join our team!

This is a note to people moving their repositories blindly to Gitlab.org: do you know Google is actually a huge investor in Gitlab?

The issue is not about Microsoft buying Github. The issue is about centralization and silos.

You do not solve that by moving your data from one silo to another.

You solve that by relying on small providers you can trust, or by becoming a provider yourself.

Working a raspberry pi based thermostat for my senior project. I had originally decided to use a low-level GUI toolkit on the framebuffer, like pygame or even uGFX.

Gave GTK3 a chance first though. Glade is fantastic! The ROI with a fat toolkit like this is stunning. I'm sure that my 1GB RAM will be hurting between Python and this GUI, but... it's so pretty!

@witchfynder_finder @diodelass The internet was chugging along quite nicely before commercial interests moved in; and if their ad-driven/privacy-invading business model does them in and they go under? That same underlying internet will continue chugging along contentedly without them.

Last day of my #IBM #internship

Not exactly excited to get back to school, but at least it's just one more semester...

IWD, a new WiFi utility that aims to replace wpa supplicant. It sounds nice and simple. I may have to try it.

Ok so the NASA stream of the InSight probe landing will start in about two hours, the landing would be in about three (if succesful).

But one thing I don't really get, I read that they want to figure out if the core is solid or not, which they already know it's not due to Mars being so strongly affected by the Sun. Or am I out of the loop*?

* very plausible since I still have to use the mnetic "Nom = 'mmm nomnom', Log = Unit of poo - so Astronomy not Astrology

You don't have to be the president to #pardonaturkey

I wish signal had a real native linux app. Without #electron.

Electron has brought a lot of applications to linux, but sometimes it seems like a disease.

I've looked over this spreadsheet and there really are no good competitors either.

I want to take a quick second here to thank all of our veterans around the world for their service and their sacrifices. I'd love to tag each and every one, but unfortunately I don't know who all the vets here are. A special thank you to @kev who not only served, but makes #Fosstodon possible for all of us. I also want to thank my dad, even though he's not reading this.

This is so goddamn true. Also fuck all the corporate enablers who allow and promote toxic gamer culture, and profit from misogynists, fascists, and Nazis, including Rockstar, Twitch, and Amazon. Fuck you for destroying good things.

Has anyone tried running Linux on a Ryzen laptop?

Looks like there's several nice looking machines on the market, and as a bonus they're less expensive than Intel.

IBM acquires Red Hat. At least they didn't sell out to Microsoft.

Of course I run
Arch