I'm temporarily visually impaired today, which I figured was the perfect moment to properly use a screen reader. And... I just don't know how people do it. How do you navigate a page of unlabelled headings? 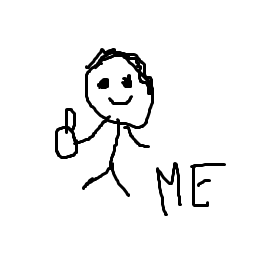 @VincentTunru i don’t know the answer to your question but I got the right music album for you https://open.spotify.com/album/1ZaDGZc1K51KwgqYNE7OOs?si=zuVUahdeSwW7erxk2X05TQ

@SonoMichele Heh, just what I needed 😅

@VincentTunru On linux and on windows screen readers feature so called browse mode. If you have web browser window open you can switch your screen reader to browse mode that allows you to use screen reader features to navigate the page. If you wish to navigate by headings either use h or shift+h or for headings at specific level use 1 / shift+1 through 6 / shift+6 on the upper row of keys.

@VincentTunru With NVDA on windows use insert+space to toggle browse vs focus mode. On linux with orca use insert+a to toggle focus vs browse mode. Note depending on the web site design screen reader may toggle this for you. And it will let you know about it. An article on the topic I was able to find quickly... https://www.accessibility-developer-guide.com/knowledge/screen-readers/desktop/browse-focus-modes/ Of course feel free to ask if you need more.

@VincentTunru And I have issues understanding what's unlabelled heading? I think heading should be a text thus something you can put into <h1></h1> tags on a web site. Unlabelled heading would be technically an empty heading and that's navigated to like an all the other headings.

@pvagner Yep, I was in browse mode, navigated by headings, and all that was announced was "heading, level 4". I'm assuming some developer was being clever somewhere.

That was just an example though; in general, I had a lot of trouble forming a mental model of where the screen reader was on a page, and that was while being able to occasionally see what the page actually looked like! (Granted, that might just as well have misled me.)