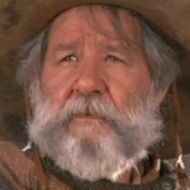 I've been plagued by dozens of daily #spam calls for several weeks now. I'm not sure what could have changed, since it's the same mobile number I've had for two decades.

Today I discovered that the #android #donotdisturb feature is much more feature-rich than I realized. I can literally throw any non-contacts call into #do-not-disturb land, while allowing all other traffic to come through.

I wish I'd have discovered this a loooong time ago!