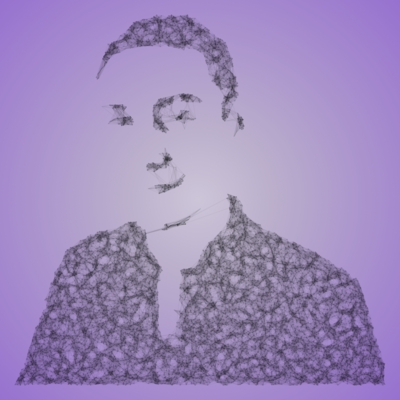 @PINE64 hey, @linmob your anbox video made it in :D

@JayVii_de @PINE64 Wow, being an uMatrix user and having fully read the post yet, I did not notice. Nice!

Thanks, @JayVii_de for telling me and thanks @PINE64 for putting it in!

@PINE64 is the email address sales@pine64.org monitored? I’ve sent several emails about a purchase and did not get any answer.

@cedric Yes it is, but recently they have been exceedingly busy. Some missed emails are unfortunately inevitable given that.

@PINE64 thank you for the answer. I’ll wait couple of days again and send another email ;-) no idea if it is normal that I didn’t receive any notification/confirmation of the order. And I know that the PINE64 servers were quite busy on July 15...

@PINE64 Can't wait for that keyboard!

How are you cooler than Apple without their billion$ ?

(this toot from my #PinePhone over LTE cellular)

@msh @PINE64 are you able to make calls with yours, and if so, which image are you using?

(I don't have the ability to fix the problem of calls not working at the moment due to a medical issue, but I do want to swich to using my pinephone instead of what I'm using now, which is Jolla on a Sony device... it has a few issues, particularly with picking up calls... but I don't really want to switch "doesn't pick up all calls" for another "doesn't pick up all calls" issue.)

@Truck @PINE64 I have settled on Mobian with Phosh UI for now. The following works well enough for me so far:

That is enough for me to keep my SIM in the PinePhone now. Voice calls and SMS are more reliable with my PinePhone than my old DTEK60 which is being glitchy and no longer gets Android OS updates! ...

* mobile remix of Geary email still needs work. Crashy and UI still a bit cumbersome
* MMS (texts with media attached) are not received or sent. Maybe this is my fault? I can receive emojis but trying to send them usually fails.
* Only one camera (barely) works

But since I am an old and mostly use my mobile as an actual phone it has been tolerable.

I've tried UBPorts and PostmarketOS too. They seem more performing than Mobian but less stable.

What ROM are you using on #PinePhone?
I need to choose

@banjofox @PINE64 Mobian with Phosh UI. It came with UBPorts which runs a bit smoother but I had some stability issues with it. I also tried PostmarketOS. It was also smoother/faster than Mobian but I couldn't get LTE data to work reliably.

PinePhone is a bit of a misnomer. It is a developer's pocket computer and expectations should match that. Expect to spend a week or 2 exploring different OSes.

Yeah. I have a Braveheart edition (new in box). I am tempted to reimage my current phone but need a backup plan ;)

@msh @banjofox @PINE64
I assume you flashed #Mobian to the eMMC? I've tried it on a microSD card and it is unbearably slow. @mobian confirmed to me it makes a huge difference in usability.

@normandc I tried out Mobian and PostmarketOS from SD card then decided to flash Mobian to eMMC when it seemed to work alright. I can confirm running off eMMC is noticeably faster. It was still usable off SD card but it was a fast SD card. I'd imagine if it was lower grade media it could be even slower.

@PINE64
Such exciting news all across the board, to quote some politician that shall remain nameless, "so much winning!" You are making us dizzy! 😄

I was wondering just last week if the #PineWatch would be able to do step counting and monitor heart rate, and boom, you mention it. I'm sure it'll be able to link with the #Pinephone in due time. I may be able to ditch my Google Fitbit smartwatch soon! 👿 (it of course requires an Android device)

Draisinen Dieter @draisinen_dieter@tristram.uber.space
@PINE64
Any news on the EU warehouse?
0
Sign in to participate in the conversation