If you understand the pupose of this poll, boost the post to get more sample data.

@mel after learning about him, i miss him too.

He's quite an inspirational personality.

@FOSS_Love I'd argue that the fediverse has too many tech-literate users which makes it not a representative sample of the internet at large.

@austin Your argument was right, i presumed that there will be less people know him as i learnt about him very recently.

@FOSS_Love I'd think the sample is quite biased on Mastodon though 😛

@mmu_man Yes, i didn't think this through.

well not everyone can be as coldly impartial as a profit driven corp-o-hate engine! 🙃😜

There are (will be) many possible interpretations of the results, but that's not a problem - there's no pretence at this being a demographically controlled survey. I find the survey results so far very interesting.

One question could be: does this subset of the fediverse community include a significant fraction of people who join just because it's "cool" or "fashionable" without being aware of software freedom and community and having information searching skills?

@boud Or let's say they haven't yet heard of him.

I myself known him for about a day now. 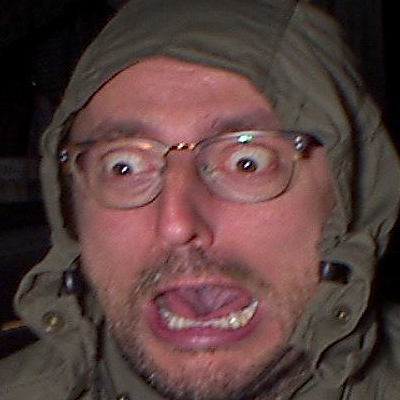 @FOSS_Love i know both. I don't understand the purpose of the poll?

It's to show a satire on todays society where people like Aaron Swartz were unknown and people like mark zuckerberg were kind of a celeb.

As it's been pointed out by fellow fedis, the poll is pointless to be conducted on a platform where most of users are tech-literates, and most probably known Aaron Swartz for his good deeds.

@FOSS_Love but also: mark Zuckerberg wants to be famous. Far fewer know about e.g Larry page. "Famousness" is meaningless. Or as Tom Jones said: "here we are, reality killed by a reality star"

But as the story of Aaron swartz is less heard of, the percentage of potential people to get inspired by it is low.

@FOSS_Love well. As long as they don't become the Kardashians :)

@FOSS_Love
Marc achieved to stay an anti role model. I do not know one teenager who ever said that he wants to be like Marc, Jeff or Elon.

Anecdote: I've had Aaron's photo as a profile picture on Facebook for so many years that people thought it was me and when they met me in person they told me I was a little different. And this despite the fact that the description of the photo had always had the link to the Aaron's Wikipedia page.

@FOSS_Love We're all nerds here tho

@Batounette And zuckerbergs haters too, some people voting that they don't even know him at all.

@FOSS_Love I guess some people her misunderstood the poll, because as of now, %3 people of people who know Aaron Swartz don't don't know Mark, which is really difficult to comprehend, But I understand that people do hate Mark (myself included) which is why they might have chose maybe to ignore him.

@cybernomad
Well, I know which one I wish was singing with the angels, and which one was here still. But that's not a reality.

Aaron was a good man.

@cybernomad
No one should hate Mark. We need to take him for real and serious to stay motivated not do drift away into this associal media oligopoly.
Mark himelf will be not better ot words than the most of us.
@FOSS_Love